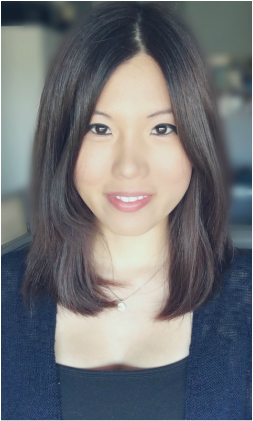 Teresa Lo is an American journalist, bestselling author, TV writer, and comedian. Her debut novel, Hell's Game, was one of the top 20 young adult horror novels on Amazon in 2013; and her series, The Red Lantern Scandals, was a bestselling Asian-American literary work that was optioned by 20th Century Fox for a television adaptation. She has been interviewed by leading Asian-American publications such as Hyphen Magazine and Angry Asian Man, and she was the judge for Hyphen Magazine's first ever erotica writing contest. She has been published in the Comma, Splice Literary Journal; Buzzfeed; Yahoo; The Hollywood Reporter; Hustler Magazine and more.

Lo was born and raised in Coffeyville, Kansas, and her parents owned a Chinese restaurant which she began working at when she was twelve-years-old. After high school, she attended the University of Kansas, where she graduated from the honors program and earned a B.A. in History with a certificate in global awareness. She was named a KU Woman of Distinction for her achievements in the arts, and she was founder of the T.Lo Club and president of Phi Alpha Delta, the pre-law fraternity. During her senior year of college, she was a research intern at The Late Show with David Letterman.

After college, Lo moved to Los Angeles to attend the USC School of Cinematic Arts where she majored in screenwriting. She graduated with a Masters in Fine Arts, and she was a participant of the NAMIC Fall Writers Workshop, a finalist for the Universal Pictures Emerging Writers Fellowship, and a finalist for the HBO Access Writers Program. Lo won the Grand Prize in the Script Pipeline Screenplay Contest, and she also placed two other scripts in the finals, a rare accomplishment. That same year, her drama script The Physicist also was a finalist for the prestigious Bluecat Screenplay Contest.

Lo has written a virtual reality project for Warner Brothers and viral content for Popsugar, including "5 Models Redefining Beauty" which was seen by almost 8 million people on Facebook. She is currently a staff writer on HBO's Pause with Sam Jay, which has been nominated for a WGA award.

In addition to writing, she is a national touring standup comedian.